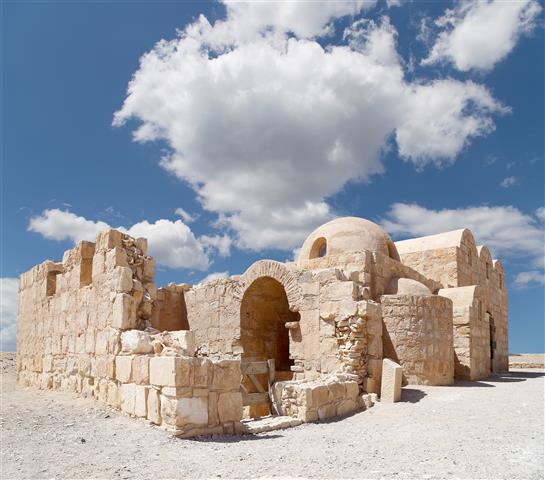 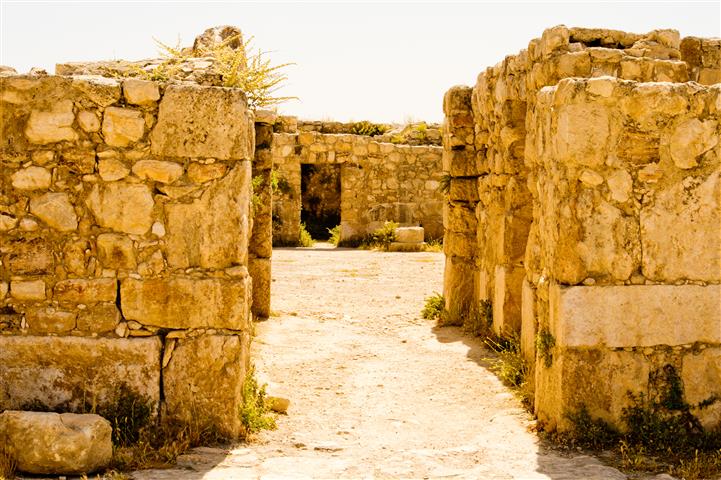 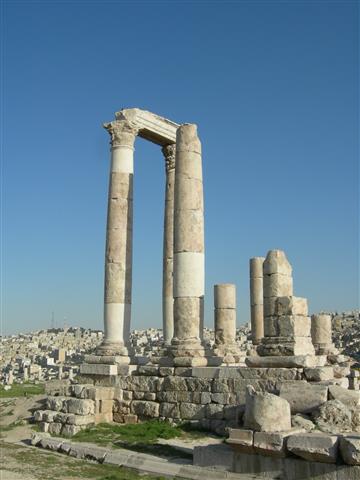 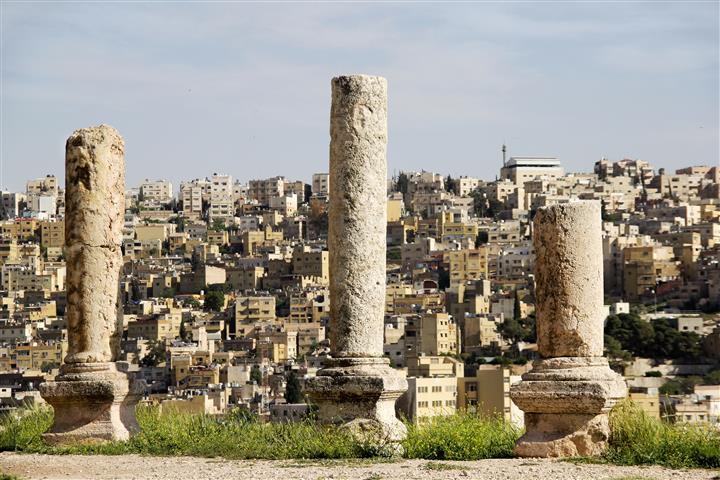 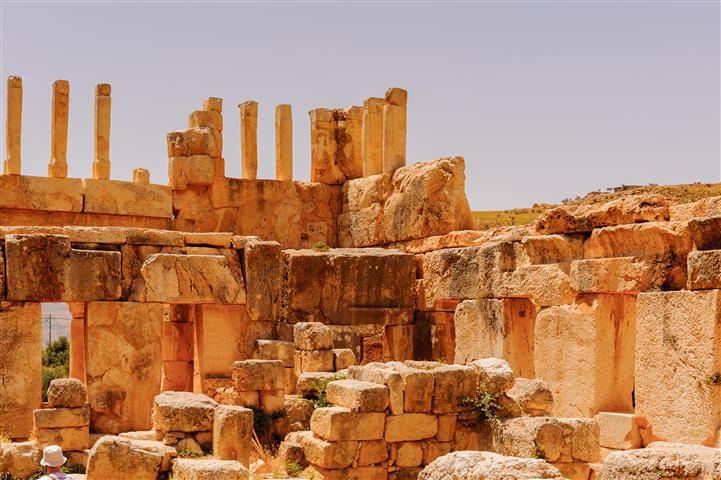 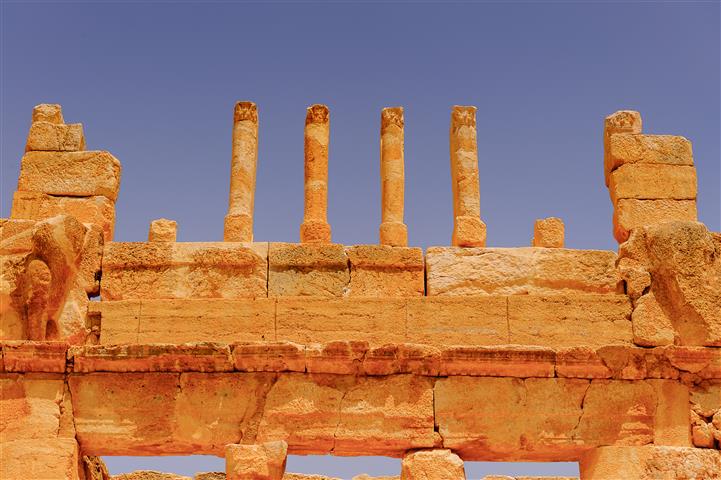 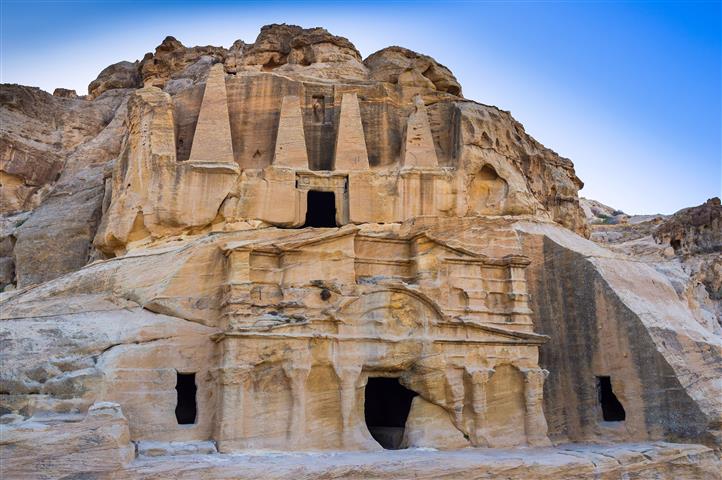 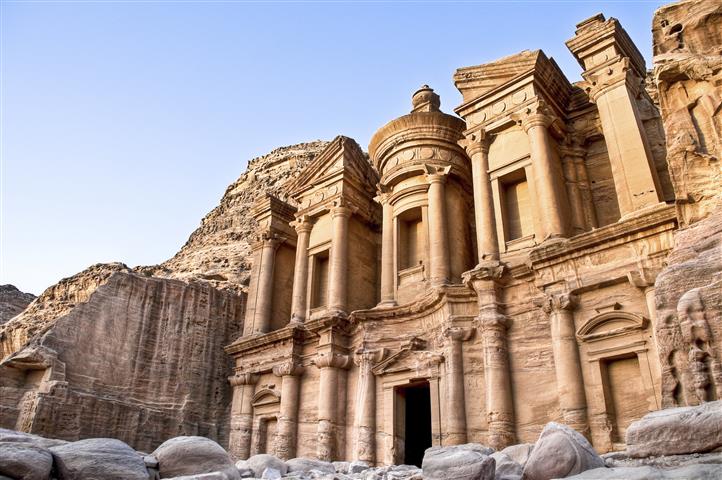 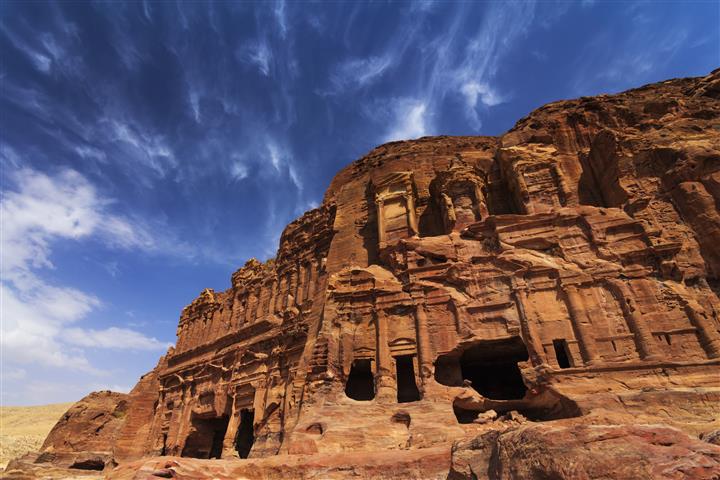 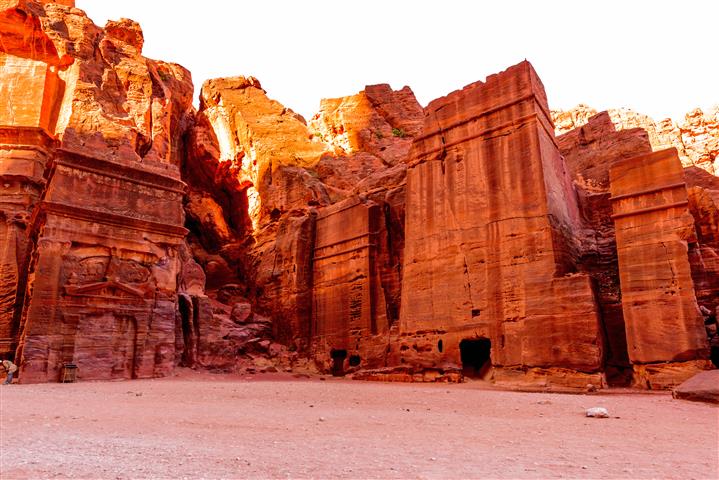 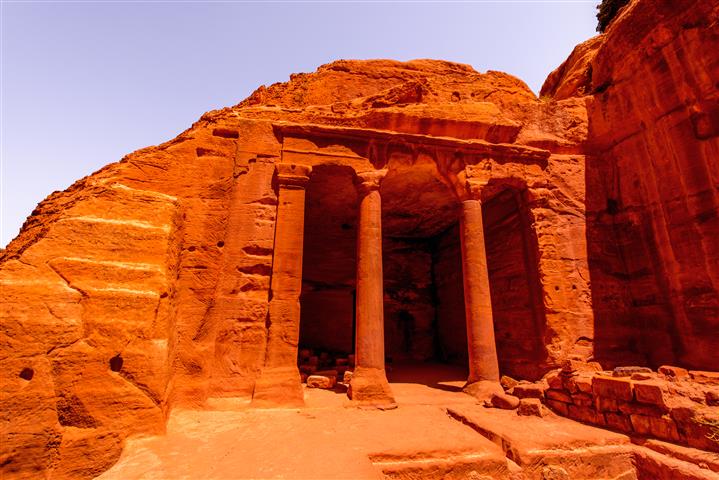 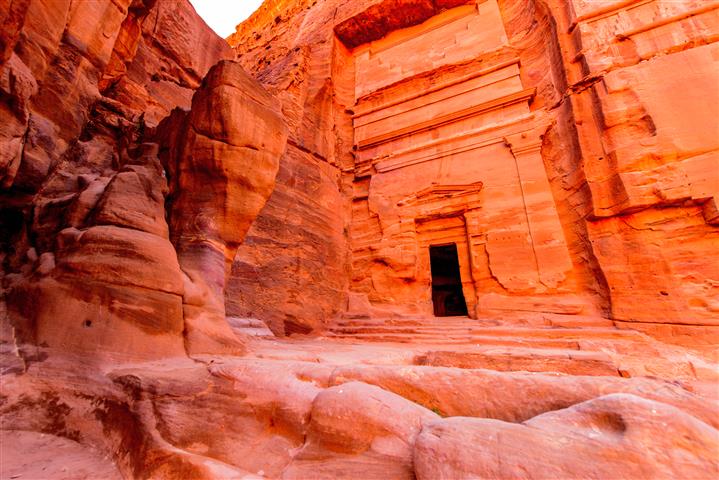 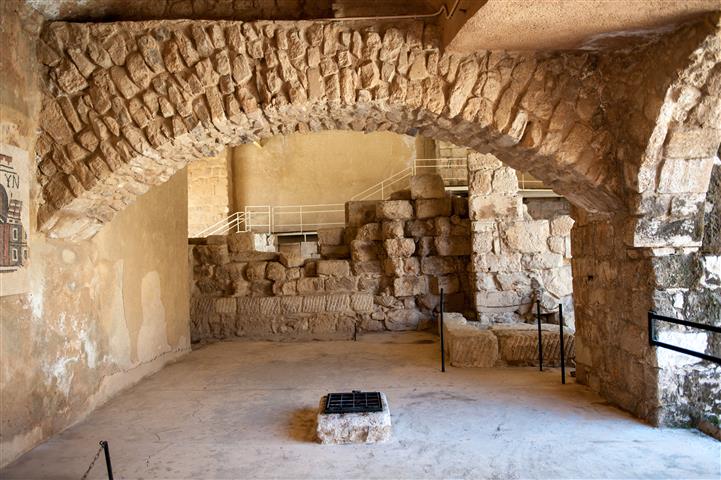 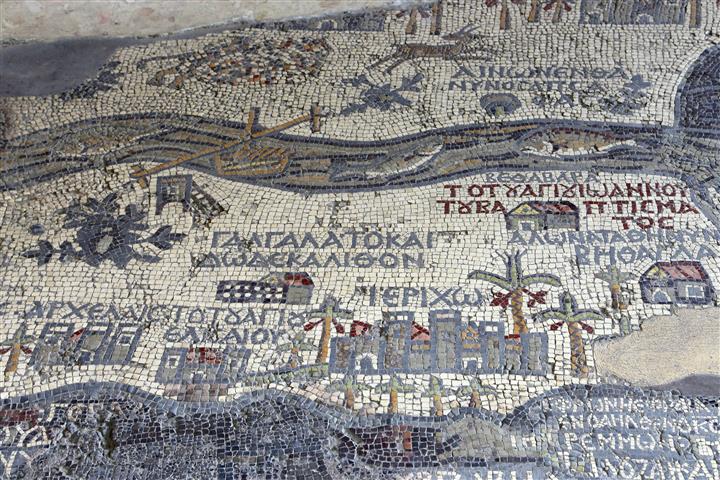 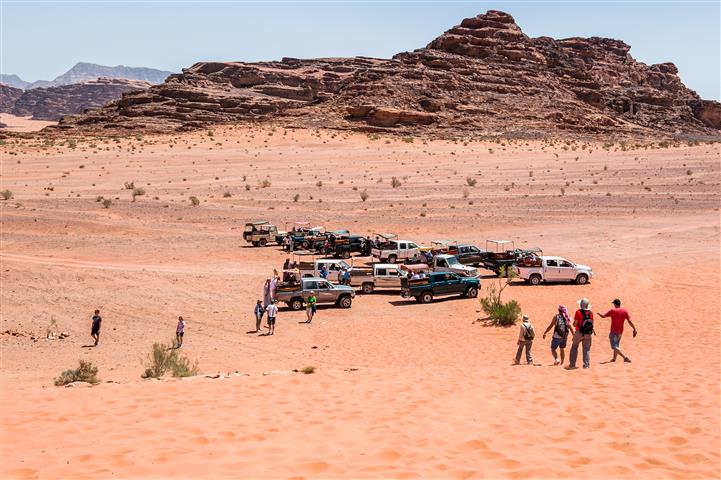 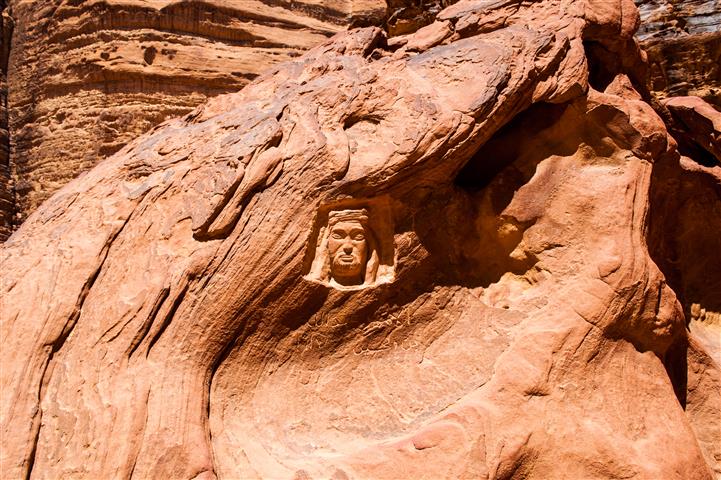 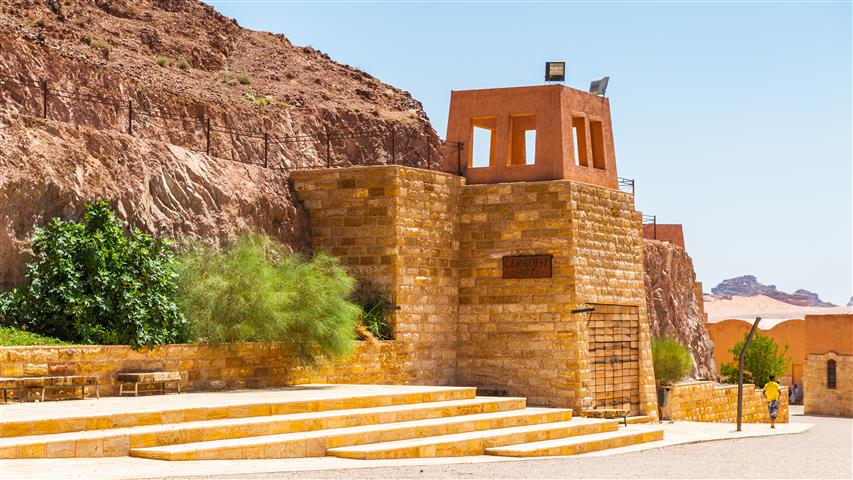 Discover Jordan in 8 days with our professional guides.  Travel to Petra, Jerash, Madaba, Amman, and much more.  Tour the whole of Jordan, in style with   hotels, and transportation.   Book today!

Amman was a small village up until 1878.  At that time the people living in Amman spoke no Arabic, and only when the railway was built, the city grew,  Today the population is over 4 million.  There is a Roman Theater in Amman that could at one time hold up to six thousand people.  The theater is still in use today for concerts and special events,.  The Temple of Hercules resides inside the Citadel, and is a very important site, for the religious, and the military.
Dead Sea which is located half on Jordans' side and half on Israelis' side.  It is devoid of any living matter due to its heavy salt content, about 33%.  The Dead Sea waters are full of healing minerals, and is said to cure most ailments.
Pella is in Northern Jordan, and holds one of the oldest Christian churches.  There are many ancient ruins to view, archeologists continue excavating even today.
Unn Qays view the Golan Height, the Sea of Galilee, and the Northern Jordan Valley.
Jerash has been inhabited since the Bronze Age in 1200 B.C., archeologists have found artifacts that they can date to that time period.  Jerash has very fertile soil and grows a variety of crops.
Ajloun is in Northern Jordan there are many ruins to view here.  The Ajloun Castle is very famous, it was built on an old monastery.
Mabada is in the middle of Jordan and is know for its Umayyad and Byzantine mosaics.  View there the famous mosaic that was done by the Byzantines of the Holy Land.
Petra is over 2000  years old and was left by the Nabateans.  The Nabateans were very industrious, and today you can still see the huge water cisterns that they built.  They used to sell the water to passing merchants and travelers, by that they became very wealthy.  The mountains in Petra turn color according to the time of day, from pink to purple, orange or red.
Wadi Rum is located in the middle of the desert, and has been inhabited for thousands of years by many different cultures.  Today you can find the Bedouins residing there in their goat haired tents.

Meet at Amman International Airport, and transfer to hotel.
Overnight in Amman

Morning tour of Amman, visiting the Roman Theater, the Citadel, the Archeology and the Folklore Museums, old and modern Amman, and one of the many art galleries in this capital city. After an afternoon at leisure, dinner at a local restaurant.

Drive down to the lowest spot on earth and experience floating in the waters of the Dead Sea. Continue northwards to Pella in the Jordan Valley. Continue to Um Qais, Gedara of the Bible (Mathew 8:28-43), for a spectacular view of the Sea of Galilee, the Yarmouk River and the Golan Heights. Return in the late afternoon to Amman.

A late morning tour of Jerash (Gerasa of antiquity), the best preserved city of Roman times, to visit its theaters, temples, churches and colonnaded streets. Continue to Ajloun to tour the 12th century Saracen Castle built by one of Saladin's lieutenants in the campaign against the Crusaders.

Drive southwards along the Kings' Way to Petra, visiting Madaba with the oldest map of the Holy Land, and its Mosaic School, Mt. Nebo and the alleged burial site of Moses overlooking the Dead Sea and the Jordan Valley; then drive through the magnificent scenery of Wadi Mujib to Kerak to visit the Crusader Castle of (stop for optional lunch).

A full day to visit the many sites of Petra, this city that was carved into the rose-red Sharah Mountains by the Nabateans and lost to Civilization until re-discovered by the Swiss Burkhardt. Walk through the Siq, a narrow and winding fissure between the cliffs, to reach the Treasury, the Roman Theater, the Courts, Qasr Bint Pharaoun, Temple of the Winged Lion and other monuments. A break for optional lunch, or you may wish to climb up to the Monastery.

Visit the Wadi Rum desert (with a short ride in a 4x4 vehicle) and its awesome moon-like landscape, where the film "Lawrence of Arabia" was shot. If time permits a short visit to Aqaba, Jordan's only sea port city. Return to Amman on the Desert Highway (stop en route for optional lunch).

Transfer to Amman International Airport, and assistance with departure formalities. Please check with us for other transfers.